The American Council of Engineering Companies Political Action Committee (ACEC/PAC) was established to allow ACEC members the opportunity to support federal candidates who promote a pro-business legislative agenda. ACEC/PAC is​ bipartisan and operates in full compliance with the Federal Election Campaign Act.  It is funded solely by ACEC member contributions.

Contribute now!
Log on to the ACEC/PAC website, click the "Contribute Today" button, located on the right-hand side of the page, and you'll find several options for making a contribution, including sweepstakes which offer donors a chance to win a prize.

Your ACEC/PAC dollars at work! 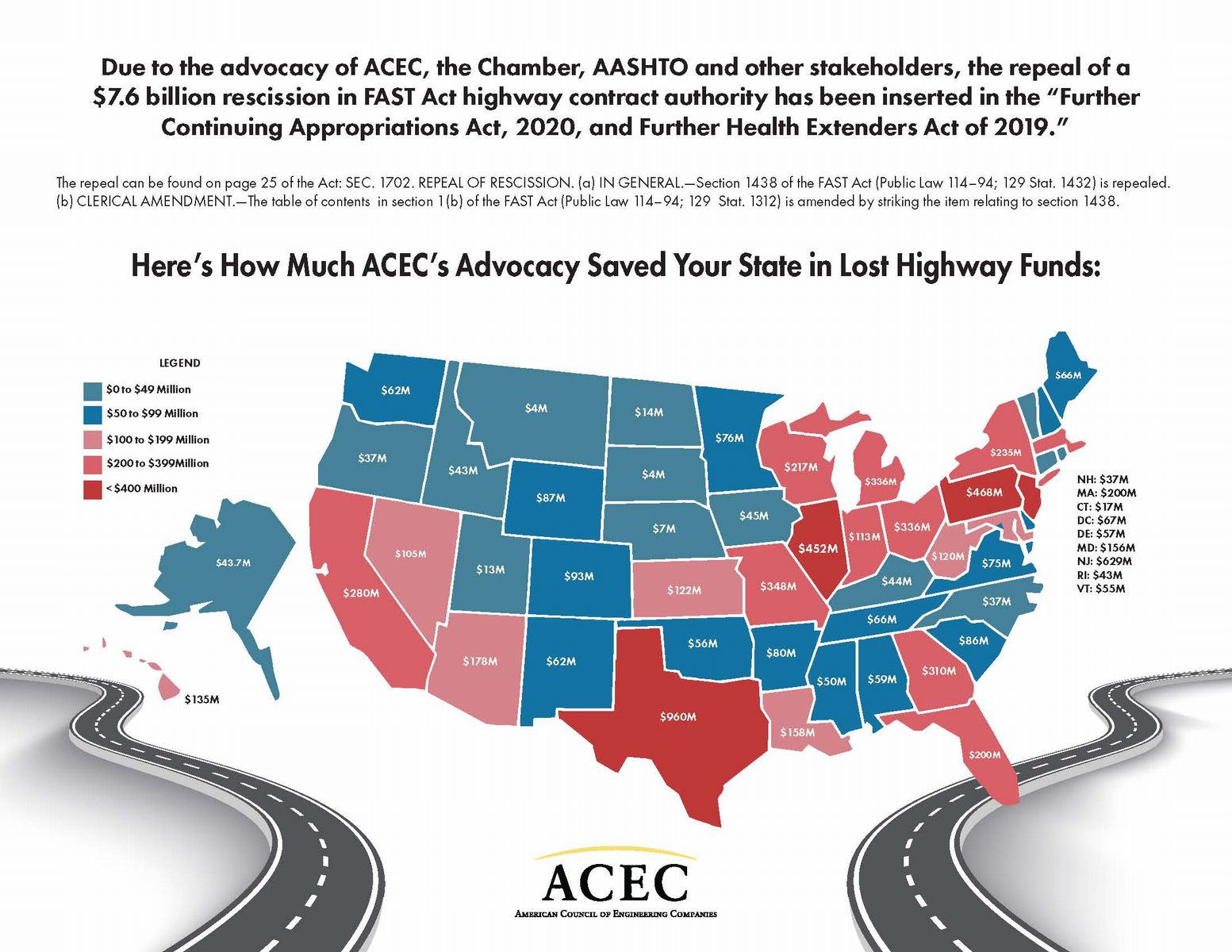 The FAST Act included a provision that would have rescinded $7.6 billion in unobligated contract authority from State DOTs in July 2020. This was done to artificially reduce the budget score when the bill was passed in 2015, a budget gimmick to make the overall bill look less expensive. However, it severely impinged the flexibility of State DOTs to move funds between highway program accounts and was going to significantly impact project planning for 2020. According to FHWA calculations, states only held $5.4 billion in unspent funds at the end of the previous fiscal year, meaning that an additional $2.2 billion would have been withdrawn from fiscal year 2020 apportionments.

ACEC has actively advocated for repeal of the rescission, and thankfully a repeal provision was included in the most recent “continuing resolution” stopgap funding bill this week. That bill passed the House yesterday and is expected to be passed by the Senate and signed into law by tomorrow.

ACEC collaborated closely with AASHTO on this effort, and it was a great example of the industry lobbying for the needs of the state DOTs.

Click HERE to view a map of how much was saved in every state.

ACEC Oregon, ACEC, and the ACEC/PAC protect your business!
Supporting our members of Congress that support the engineering industry. 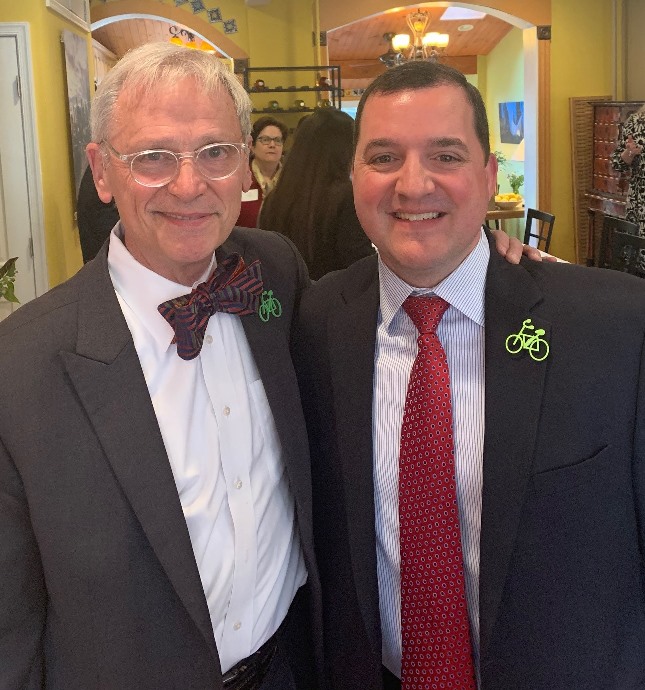 The group met with each of Oregon’s members of Congress (or a staff member) and southwest Washington’s Jaime Herrera Beutler. "The meeting with Greg went well. He was very appreciative
of the support. He seems to understand our position on
the issues."  --Andy Perry, Anderson Perry & Associates, Inc.,
ACEC Oregon Regional Vice President (2012-2016)

GIVING TO ACEC/PAC
Individuals working for ACEC-member firms with a current approval form on file may give up to $5,000 per calendar year to ACEC/PAC. Per federal regulations, ACEC/PAC can only accept personal checks or personal credit cards. (Also allowed are partnership and sole proprietorship.)

Supporting political programs like ACEC/PAC is the best thing we can do to make sure engineering firms have a voice at the table when key decisions are made affecting our future.

For more information on giving to PACs, here's a great article:
"Why You Should Support Your PAC"

Click here for the latest news on advocacy from ACEC National. 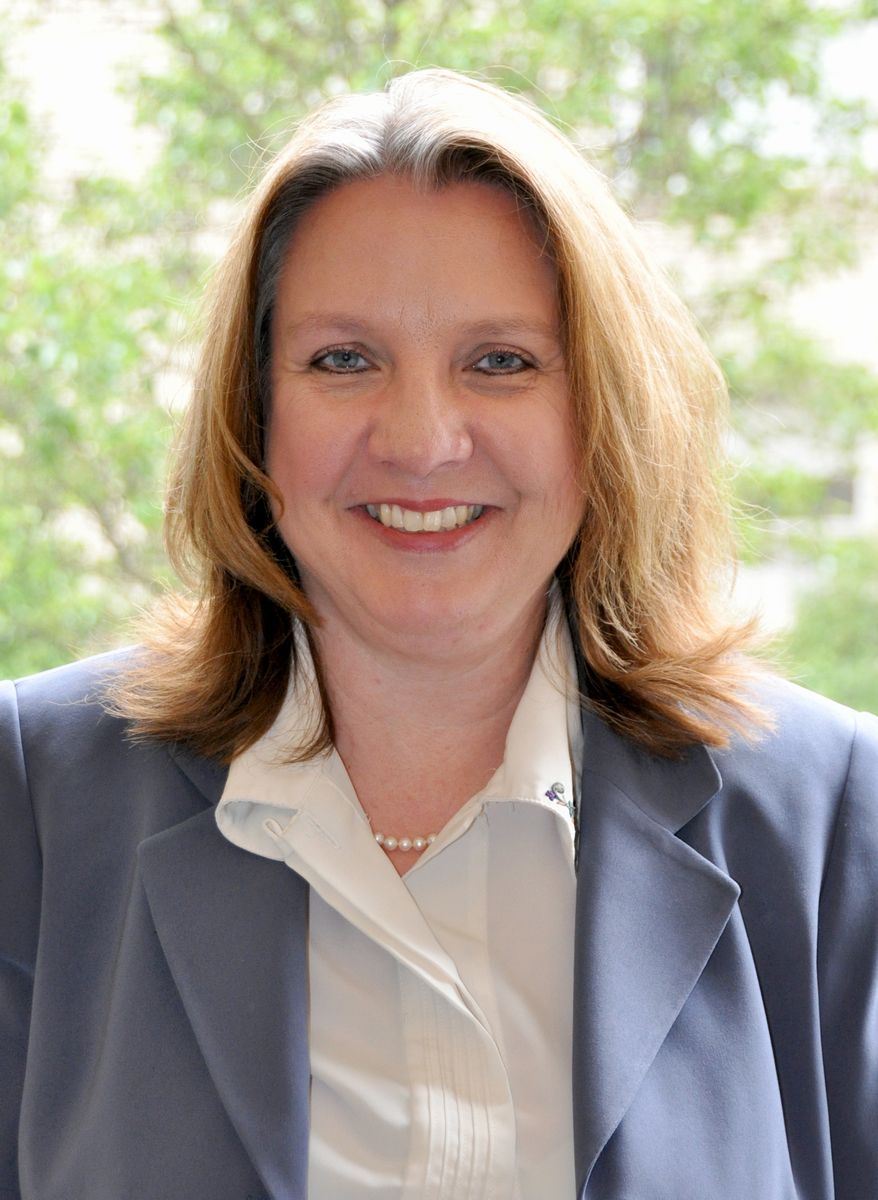 We’d like to thank all of the ACEC Oregon members who have made personal contributions to ACEC/PAC. There are many critical legislative issues and challenges that our industry is facing at the national level; ACEC/PAC is educating and influencing the decision-makers involved in these important issues.

Thank you, ACEC/PAC donors!
Thank you to the following individuals for their 2020 contribution(s), as of October 6, 2020: